What Would Abe Do?

I am constantly doodling... and I guess because of the current Spielberg film, LINCOLN starring Daniel Day Lewis, being on my mind, I recently made an ink doodle of an exaggerated Abe Lincoln, tall and thin, looking very contemplative... I scanned the drawing into Photoshop, and cleaned up the image.

Then, because of the shooting of children and teachers at the Sandy Hook Elementary School in Connecticut, I've been pondering what our early politicians might think about the current state of gun violence in American society (specifically regarding our "right to bear arms" and automatic assault weapons). So, I drew an image of an AK-47 with an American flag sticking out of the barrel... and also scanned this drawing into Photoshop and added it to my image of Abe Lincoln. Next, I added digital color... with the red of the flag's red stripes bleeding down the gun and making a pool of red on the ground... obviously suggestive of blood. The two images combined create a conceptual image reflecting the current debate on the issue of automatic weapon ownership, the increased instances of mass murder shootings, and if gun ownership rights as it was initially intended by our political fore-fathers needs a major overhaul relative to today's society.

Even though I do not create these kind of social/political drawings anymore as part of my regular illustration career... they are still interesting to create, even if they are just for myself. Most art directors today don't realize that back in the early 1980's I created many social/political illustrations for the Op Ed Page of The New York Times! (see an earlier post about this)

However, (sometimes) what is old is new again... and if you visit my illustration web site, click on the NEW STUFF portfolio section where you will see that these new images are indeed looking a bit like illustrations I created 25-30 years ago... moodier and darker in feel. Take a look. 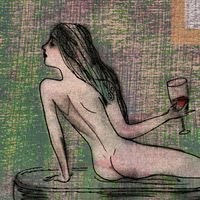 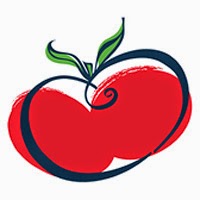 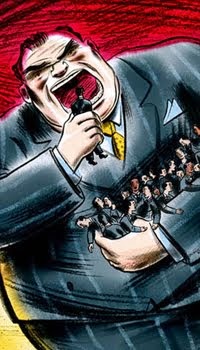